The Blairs are appointed missionaries to Slovenia. As the only AGWM missionaries in Slovenia, they are partnering with the national Pentecostal church to inspire church development and revitalization by engaging the secularist. Togeter they can begin to reach a country that struggles with alcoholism and depression, along with reaching out to the marginalized people groups living in Slovenia. They feel called to reach Slovenia by living out the love of Christ one relationship at a time.

Many people think of Europe as a beautiful, culturally rich, and liturgical continent, however at the heart of it, Europe is a continent in need of a revival, and the understanding of a personal relationship with Jesus.  With the recent refugee crisis, which has affected Slovenia and many other European countries, the gospel has never been more relevant. They are excited to witness what God has in store for the people of Slovenia! Through Jesus' there is Hope for Slovenia!

Join us in Prayer


Thanks for committing to pray! To get prayer alerts/updates from this missionary, download the app and follow them: 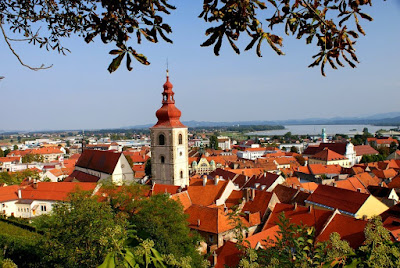 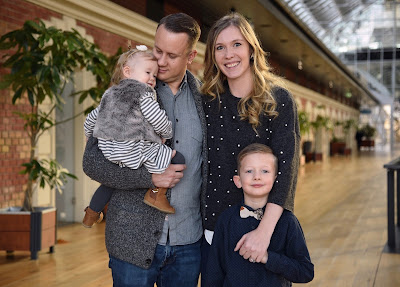 Read More
It has been much too long since we've updated you all on our blog, and with summer activities wrapping up the world over, it felt like a good time to give you all a recap.
We do send out newsletters every quarter, so if you would like to stay updated on a regular basis, please shoot us an email, and we'd be happy to add you to our mailing list!
Here are some of the main projects we were able to be a part of the last few months:
English Camp Ptuj 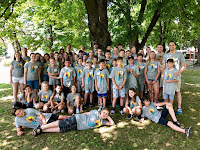 Our friend who is the pastor in the city of Ptuj asked for Dan's help in leading an English camp out of his church. This camp was specifically designed as an English tutoring day camp for local kids and teens. Dan was asked to be in charge of some of the daily activities, which included geo caching, teaching first aid, basic flora and fauna knowledge, as well as the use of certain tools. After the camp finished, the families were invited to church with a meal afterwards. There were 3 families who came, Dan preached about the Prodigal Son and invited people to come home to the Father - and one family went forward to receive salvation! We visited the church again a month later, and the family is still attending - how exciting! Starting in September the church will host weekly "English Club" meetings to continue to foster the relationships started with these kids. Dan has been asked to help with the planning and leading of those as well. Please be praying for traveling mercies for Dan as he drives to Ptuj once a week (thanks, STL!), that God's truth to be evident to these students, that their hearts would be turned towards Christ, and that lives would be changed!
Young Adult Camp

Those of you who have been faithfully following us on social media know that Dan is on the national leadership team for the young adult/najmladi ministries. This summer Dan was asked to prepare the daily devotions for camp. He put together S.O.A.P. booklets for everyone, and led the devotions. This was  a completely new method for our Slovene friends, and they really loved it! Some of the students even emailed Dan to ask for more verses that they could dive into! Dan also helped with the cooking, led a KUBB (Scandinavian game) tournament, built a giant Jenga set, and led some one of the workshops. Any time spent with the najmladi crowd is time well spent! We are so thankful for how welcoming they've been to Dan specifically, and for the relationships being built.We were able to host the camp debrief meeting in our home, which gave Abigail and the kids a chance to get to know the team members a little. They very thoughtfully gave us a gift, saying how much they appreciate us "sharing" Dan with them. 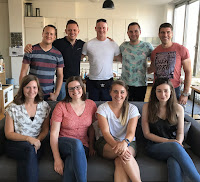 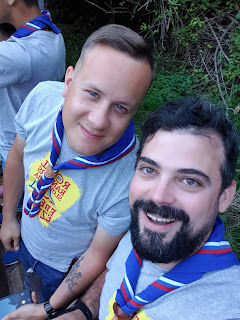 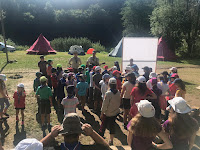 Since Dan completed NTC training and became a Royal Ranger commander a few months ago, he was very excited to be a part of this year's Royal Ranger camp. He was asked to once again, lead the morning devotions, and was thrilled to be able to! Although it stormed one of the nights, he got stung by a wasp JUST as he was leaving, he had to use a port-o-potty, and use a garden hose for showers, he had a terrific time! The kids learned all kinds of great skills while learning about God and the wonderful world He made. They went on hikes, kayaking, the kids cooked all the meals, learned songs, chanted - and everyone stayed safe! (See photo at top of newsletter for group shot.) It was an exciting year to be a part of camp, as Slovenia celebrated 10 years of Royal Rangers! Thank you to everyone who was praying for him - and Abigail who had to do his laundry afterwards.
The Puzzle 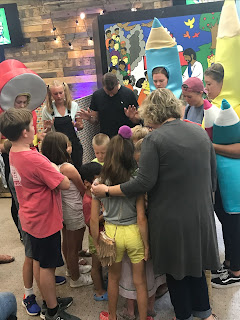 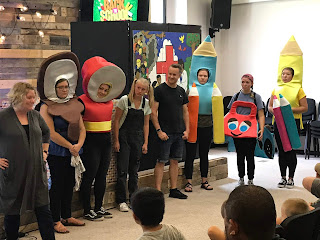 One of the beauties about The Puzzle ministry is that it can be performed in so many languages! We were invited by missionary associate Kay Farmer who is the children's pastor at Riverside Church in Budapest, Hungary to come be a part of their back-to-school bash and do The Puzzle in English! Our team was happy to oblige, and we had a stupendous time!
Thank you, everyone who prays for us, checks in on us, encourages us and supports us. We are so blessed to have you on this journey with us. Thank you for continuing to pray for us as we leap into the fall season. We are praying blessings on you!
Read More